Milan is a travel consultant and a poet and I am a housing consultant working with homeless and social housing organisations, although these days I am pretty much retired and instead grow lavender as a hobby.

Our day started at Križna Jama. Gašper, our helpful and very knowledgeable guide, equipped us with wellington boots and hand-held torches before leading us into the cave and along a well-marked path. He explained how the caves were formed, the network of lakes, and showed us where cave bears once hibernated. Our one-hour tour included a boat trip along the first underground lake. We were enchanted by what felt to us to be a very different, and more authentic, experience compared to visiting the more touristic Postojna or Škocjan caves.

Our next stop was the Lož Tourist Information Centre where we watched a film about Loška Dolina and were given an introductory talk about the bears. Our afternoon host Jure then drove us to Turizem Jure in Gornje Poljane, a village of 4 houses and a 16th century church deep in the forest. Jure had prepared a delicious home-cooked lunch for us of mushroom soup, lamb casserole and cherry strudel, three favourites of ours. Unusually early for the time of year he had found jurčke (ceps) in the forest and, later in the afternoon, we also picked our very first ceps!

Jure showed us round his collection of rustic farm and household items and told us about the history of the village, then gave us a guided tour of the surroundings and church above perched on a spectacular 10 to 20 metre high natural rock outcrop, at one time a Roman stronghold. The church is a hidden gem with an unusual 18th century wooden ceiling and carved alter pieces. Half a century ago the landscape was much more open than it is today, and what used to be meadows is now mostly forest, very much like what has happened in the part of Kras where we live.

Towards the end of the afternoon, Jure drove us deeper into the forest to meet our hunter guide Franc who took us to the hide for an evening of bear-watching. This turned out to be a very contemplative experience, no bears just one fox as a consolation prize. Recently the foresters have been clearing damage caused by a storm last December, and the noise and activity is likely to have scared the bears away for the time being. We look forward to their return once the forest is peaceful and tranquil again. Our day finished with a traditional snack back at Jure’s.

Even though we only come from the “other” Kras closer to the coast, we have never explored the “Green Kras” before. Loška Dolina is a delightfully unspoiled area close to the Croatian border well off the beaten track. We found our day fascinating and really appreciated everyone’s warmth and hospitality. While we both love walking, being led by people happy to share their depth of knowledge and love of the countryside completely transformed our experience. A special thanks to Gašper, Jure and Franc. We will definitely be back! 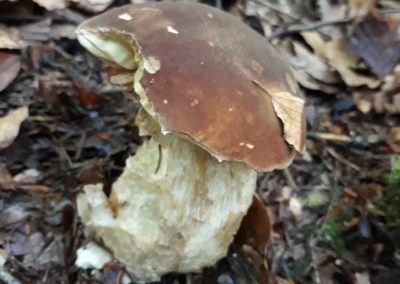 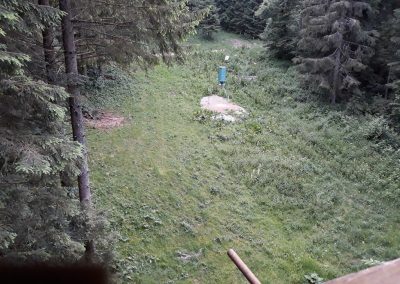 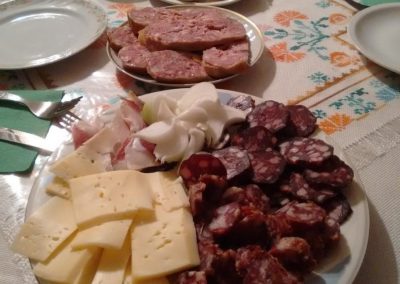 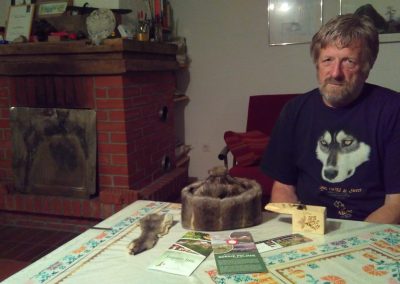