When I heard that we were going on a tour, it was a surprise–even more so when I found that a coal mine would be our first destination. So, I began to tell everyone that I would be spending my Saturday underground. Surprise piled up on more surprise when I found that the 4th Dritl Museum experience is a virtual coal mine tour! From being ignorant about what a “dritl” was, or why there should be four of it–whatever it was, I passed, thanks to our guide, Bogdan, to a state of complete information. What Bogdan doesn’t know about Trbovlje and its miners isn’t there to be known. I kept my eyes wide open in the mock-up mining tunnel and (occasionally) shut fast on the virtual roller-coaster ride that formed the end of the tour. Hold on tight, clutch your handbag and pray for a safe landing! From the dark, underground world of coal, we were whisked off to the bright, sometimes incandescent world of glass making at the Glashuta in Hrastnik. The factory floor was a revelation, a noisy but calm vision of mechanized production of beautiful objects. The molten glass fell from the sky, dropping soundlessly into the waiting mould, to emerge seconds later as a perfectly formed bottle. Looking up at the fiery red blobs dropping from the ceiling was rather like being under the Devil’s latrine—but there was no denying the beauty and utility of the products that emerged. Frankly, the factory store in Hrastnik is the single best shopping opportunity I’ve ever had in my years as a tourist. Finally, an escape above the clouds, even above the famous chimney, to the calm refreshment of Mt. Kum and its ancient church of St. Agnes. Fed, informed and infinitely refreshed, we came away with a new perspective on a country that, after 20 years, we are still discovering. 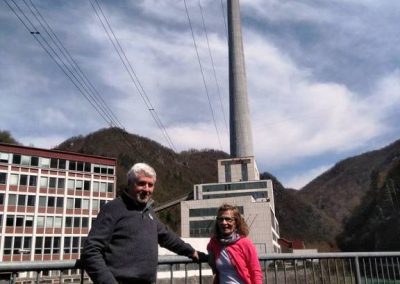 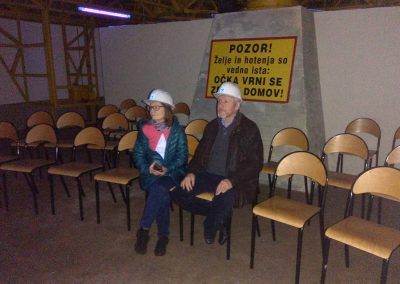 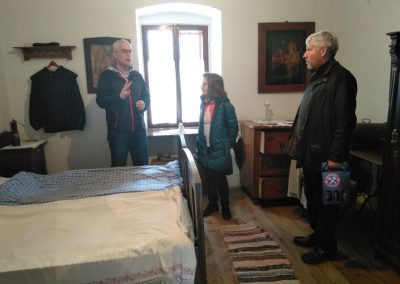 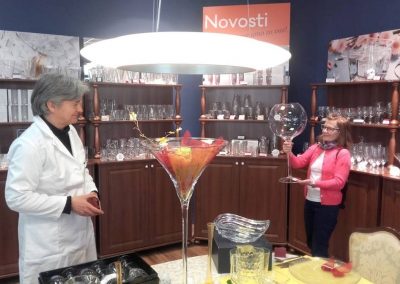 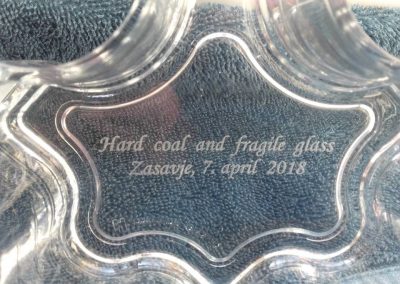 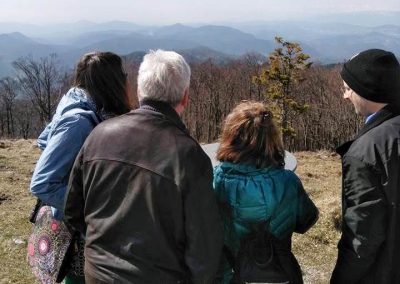